Sojourner Truth, born Isabella Baumfree, is remembered as a symbol of courage, mental strength, and resilience. But what else can a coach learn from this strong woman who was born over 200 years ago?

The Life of Sojourner Truth 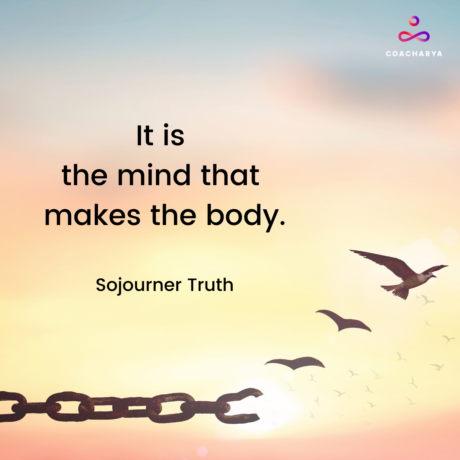 Born a slave in 1797, Isabella Baumfree was bought, sold, and resold multiple times. She was owned, mistreated, and abused by various slave-owners before she finally escaped in 1826 along with her infant daughter. Baumfree had not been able to escape with all her children, because of the law. However, when she later realised that her 5-year-old son Peter had been resold illegally to a cruel slave-owner, she took the issue to court.

She then went on to become one of the first black women to go to court against a white man and win.

On June 1st, 1843, Baumfree renamed herself Sojourner Truth to embody her call to preach the truth of hope and emancipation. So began her journey that lasted the rest of her life. A journey to set the building blocks for an equal society for African-Americans and women. Apart from abolition, Truth also spoke for voting rights, property rights, prison reform, and many other social justice issues.

So…what do we learn from the strong and courageous Sojourner Truth?

What do we take back from her story? A woman who was forced to leave behind her children as she escaped? Who was forced to watch her lover be savagely beaten just for loving her? Who was sold multiple times alongside sheep in markets? What besides courage, mental strength, and resilience can we learn?

The essence of transformational leadership.

Truth used her adversity to lead others. While she openly challenged and fought injustice using her words, she also guided individuals to escape slavery, find jobs and build their new homes and lives.

Sojourner Truth’s life is an example to all aspiring transformational leaders out there!

Mala Annamma Mathew is an educator specializing in media and digital literacy for young students. Currently, she is pursuing her second master’s degree in Digital Media: Education, at University College London, the number one (according to Top University Ranking) university for education-related degrees in the world. She has over 8 years of experience in education and is also an examiner for the International Baccalaureate.

A Deep Dive Into Impostor Syndrome

When good things such as a promotion or parenthood happen in our lives, we gain something - an external recognition of our abilities. But soon,…

“A coaching culture is one where the principles, beliefs, and mindsets driving people’s behaviours in the workplace are deeply rooted in the discipline of coaching.…

Cultures of an organisation help in creating and shaping how the employees interact with each other and others they come in contact with. It's formed…