How I would approach coaching Trump

Coaching the World’s Most Controversial Leader – The President of the United States of America
A perspective from Elizabeth Williams-Riley, President & CEO D.A.S.H. Consulting, LLC

On November 14, 2020,CNN news reporter, Brian Stelter shared Kubler-Ross’s 5 Stages of Grief that he thought the President of the United States and his allies are experiencing – from denial to depression and their failure to reach acceptance of an election loss. In addition to Stelter, Fareed Zakaria, during his segment also invoked Ross’s grief stages to explore the great sense of denial that Trump is displaying. Fareed also presented hypothetical election results based on research on voting trends during the pandemic. The study shared that the appearance of a Trump victory was likely on election night but would quickly fade as mail-in ballots were tabulated over the course a matter of days following election night. The results were based on the voters’ plans to vote in person or via absentee ballot.

The hypothesis was proven correct. So was Trump’s desire to claim victory. On election night, he engaged in an official televised celebration of his “win” with his family and base chanting “four more years.” Even though Biden is about to be inaugurated, and Trump suffered an official public vote loss greater than six million votes and electoral college loss of 306 to 232, Trump continues to hold on publicly to his belief of victory and a stolen election.

To coach someone who is experiencing extreme loss and in denial of this occurrence is something that a coach must strongly consider. As an aspiring master coach, I first questioned my capacity to provide the support necessary to lead this individual on their journey. The question that comes to mind is whether or not I can be in a mindless state to provide unconditional positive regard with this individual that has such a public presence and a documented legacy of wrongdoing, mistreatment, and disregard for humanity.

As a coach, the coaching principle of “mindlessness” is critical and extremely challenging, given the heightened level of exposure to the POTUS’s character, actions, and expressed morality. Understanding that unconditional positive regard is the cornerstone for a coach that is embarking on a journey to engage with someone of this nature provides confidence that coaching is possible. Likewise, the understanding that the coaching experience’s success does not lie with my perspective instead with the client’s perspective, I am not accountable for the outcome the client seeks or achieves.

The three models selected, Kubler-Ross – Five Stages of Grief, Maslow’s Hierarchy of Needs, and Emotional Intelligence (EI), all present various possibilities while revealing the client’s mindset and the role of the coach is listening, acknowledging, inquiring, and sharing.  There is an interconnectedness in the models that inform the flow from one stage to another.

To best assess where Trump falls, I will start with the Kubler Ross Model, Five Stages of Grief. Trump’s denial stage is evident in his sudden avoidance of the media since the election, confusion regarding vote tabulation process, social media posts claiming massive voter fraud, loss of more than thirty voter fraud lawsuits, retaliation towards individuals not aligned with his narrative, and the firing of key staff.

Media reports share insights from critical advisors on Trump’s anger, shock, and frustration with final results. Many of these same attitudes and behaviors directly reflect Trump’s emotional intelligence that I will elaborate on later.

He has also reached both the bargaining and depression stages with the following actions:

1.)  Avoidance of media interviews with almost daily sightings (more than 300 during his presidency) on his golf course in Virginia and other country locations;

2.)  Outreach to various state officials responsible for voter administration to bargain, negotiate, persuade them to eliminate votes, and change policies to allow for him to gain votes; and

3.)  Campaigning to courts and the general public to communicate his unwavering belief that voter fraud led to the election results when there is no evidence to support this narrative.

US Department of Justice Attorney William Barr says there is no evidence of widespread fraud in the presidential election.

Now let’s explore Maslow’s Hierarchy of Needs and Trump’s ability to navigate physiological safety, belongingness/love, esteem, and self-actualization needs. Since taking office of President, there have been numerous reports on the strong work ethic that includes late-night executive order releases and social media posts. However, his thirst for a greater sense of accomplishment and prestige as the greatest at everything, including his presidency, are directly connected with esteem needs and self-actualization. He often refers to his leadership as closely aligned with former President Abraham Lincoln’s as a symbol of his kinship with his base and specific needs. 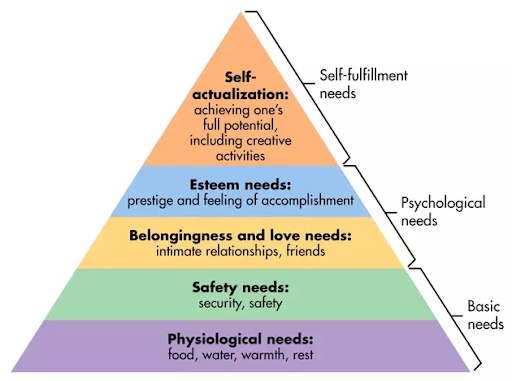 I firmly believe that his psychological needs “trump” his ability to focus on most other needs. He especially surrounds himself with individuals that will provide him with a greater sense of safety and security to chase his insatiable self-fulfillment as President. When these individuals do not meet expectations, they are dismissed from their roles.  I think this is overcompensation for his lack of political experience and in-depth insight into governmental regulations that extend beyond his comfort zone as a business mogul. Thus, his basic needs are substantial, and his other needs are uncertain and cause deep anxiety if tested or perceived inadequate.

In Trump’s pursuit of his needs, his emotional intelligence (EI) is questionable and flawed. His inability to relate to others’ emotions and his inability to recognize his emotions outside of self-righteousness and greed have led to several public displays of insensitivity. One that continues to cast a dark shadow on his leadership is that of veterans and military families. 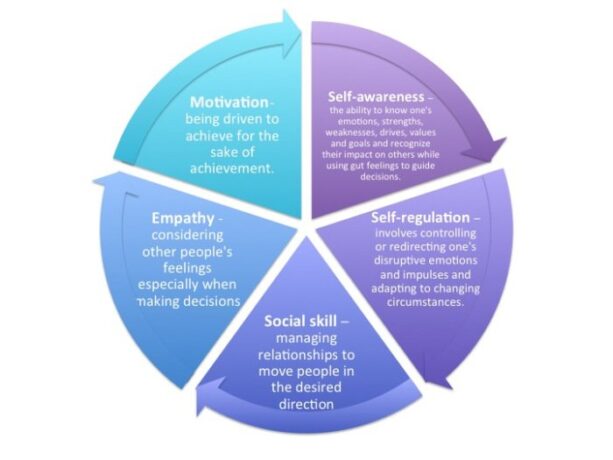 While attempting to show compassion through scripted presentations, he is often derailed by his lack of empathy for the tremendous trauma of war and the loss of loved ones that families endure for this country’s safety and freedom. He degrades war veterans, their families, and their service. When challenged on the behavior, he becomes overly defensive and proclaims that “no one loves, and respects veterans and their families more than I do.” By the way, this is the phrase he also uses when challenged on racism, sexism, people with disabilities, and homophobia.

The irony is that he cannot distinguish his emotional responses focused on self-preservation vs. reactions of sympathy or empathy for those impacted by his behaviors. Early his presidency, Trump mocked news reporter Serge Kovaleski, who has arthrogryposis, because he reported on unsubstantiated allegations  that Muslims in New Jersey celebrated on 9/11. He later denied that he was mocking the reporter after being televised live mocking him.

I have concluded that Trump’s desire for prestige and to have a great sense of accomplishment is the driving force for his actions and has no real connection to his ability to empathize with others authentically. Individuals who support him are intrigued by his unemotional leadership that is not rooted in political expertise but in “deal-making.” Trump has capitalized on this emotional information shared by his base and appears to them as a person who understands their concerns and has their best interest at heart. Trump’s perceived expression of “empathy” is the connection he makes to many of his supporters. The video clip link above highlights his execution of his empathy as he attempts to stop an insurrection on the capital while congress was in session. His self-confidence and experience shape his belief in his self-awareness and social skills because these have been the cornerstone of his rise in business and the U.S. President’s office. However, he falls short in all other areas of social awareness and self-management. Trump takes no responsibility and does not hold himself in any way accountable for the state of the nation, the threat on democracy, or destruction that took place in D.C. under his watch.

By definition, Emotional Intelligence is one’s ability to recognize, understand, and manage our own emotions and understand the influence of emotions on others. In essence, this means being aware that emotions can drive our behavior and impact people (positively and negatively). Likewise, one must engage in learning how to manage those emotions – both our own and others.

This definition, if applied to Trump, could result in two distinct perspectives; 1.) He understands his emotional drive to be the best and most beloved and will manipulate this “emotion” for personal gain at any cost knowing that others will follow him.  Trump confirms his sentiment with this Trump statement, “I could stand in the middle of Fifth Avenue and shoot somebody, and I wouldn’t lose any voters.”; 2.) He has no emotional filter and is willing to say and do whatever he pleases without fear of consequence or remorse for others’ emotions.

As a coach partnering with Trump with the spirit of unconditional positive regard, I would seek to understand what his greatest hope is for his legacy. Starting with his greatest hopes and desires provides an opportunity to reveal more of himself. Using his language and his expressions via body language etc. will support his ability to see himself. This approach will make an uncomfortable conversation more engaging because it is client-centric and alludes to the emerging future. Of course, this would be the starting point shaped by his contributions to his legacy vision. For me, this builds my confidence in coaching Trump and the belief expressed by Ram that “any person is coachable.” The simple fact is that if Trump lands in front of me and desires coaching, we both are in for a remarkable, unforgettable journey. As of January 13, 2021 Trump, had not conceded and continues to express his beliefs of widespread fraud during the November 2020 election. Today he became the first person in history to be impeached twice.

5 Coaching Frameworks to Rev Up Your Coaching

These 5 simple frameworks (or coaching models, if that's what you prefer to call them) can enhance your coaching skills to mastery. Let us know…

Youth Coaching as a Career Path

Customize Your Coach Training with Electives

A lot of training institutes focus their curriculum on a particular model they developed or that they particularly like. At Coacharya, we've always thought that…